St Mary’s has always shared in the dark times of the town as well as its celebrations. In 1849 when an outbreak of cholera overtook Barnard Castle, its curate-in-charge Rev George Dugard served his parishioners through the worst of times and beyond.

In August 1847 St Mary’s received a new curate, Rev George Dugard. After training in Cambridge, and teaching work, Dugard’s first parishes were in Manchester. He was priest to poverty-stricken Ancoats and its 20,000 inhabitants during a cholera epidemic, and also worked to provide schools there.

On arrival in Barnard Castle, although in ill-health himself, he quickly dedicated himself to developing the parish’s schools (two of which bordered the churchyard), promoting inspiring teachers and education. With wider plans to improve the town’s welfare, Dugard’s ideas and enthusiasm were sometimes frustratingly rejected but when cholera struck the town in 1849, Dugard served his parishioners with faithful and devoted care. 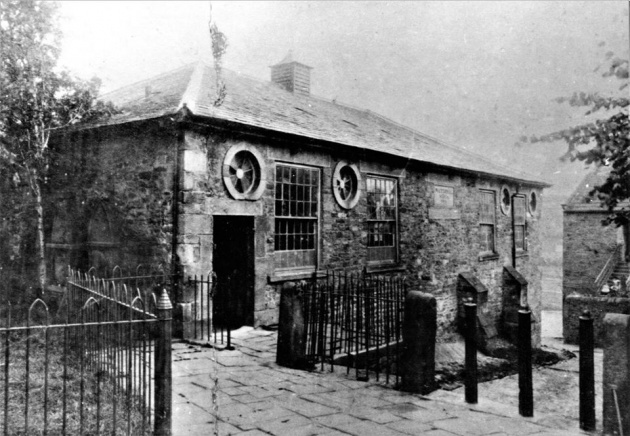 A black flag flew from St Mary’s tower and bell-tolling for funerals was silenced. Dugard and his wife Mary provided a daily soup kitchen, and for six weeks, night and day, he personally tended the sick and dying – lighting fires, dressing children in stricken families, preparing meals and administering medicines, and laying out the dead.  32 people lived in a single house in a yard off Thorngate: nearly all caught the disease and half of them died.

With graveside funerals only, Dugard performed most of the 143 cholera burials, diverting such a challenging and distressing task from his assistant curate. In the Public Health Inquiry afterwards Dugard was concerned with the dire living conditions of the poor and working classes: he believed that meagre and unreliable wages, and the over-provision of ale-houses, contributed to social and personal degradation. He also saw how children, wage-earners by 13 years old, were tempted into petty gambling and drinking at a young age, and considered that schools would help those in deprived circumstances.

After the outbreak a General Board of Health was formed to levy rates to pay for a safe water supply throughout the town, although by his involvement, Dugard attracted criticism for “raising the rates”. He was also Chairman for the Union Workhouse and a County Magistrate, his pastoral wisdom and concern vastly reducing the number of men committed to Durham jail. 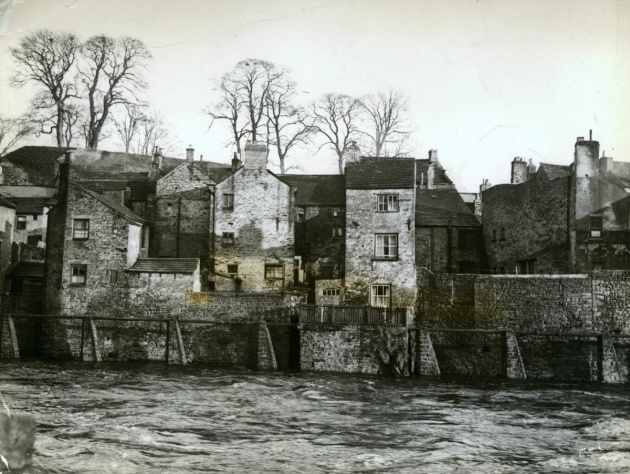 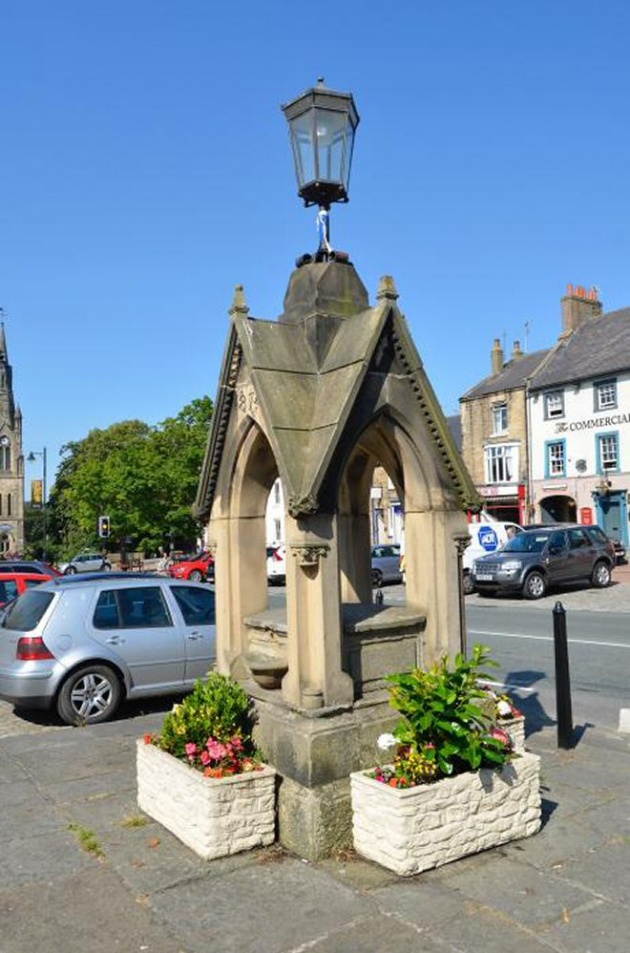 A ‘Good Samaritan’ for Barnard Castle

For his work in 1849 Dugard was confirmed as an Honorary Canon of Durham Cathedral. He oversaw the creation of a new ‘detached graveyard’ with cemetery chapel on Victoria Road and the building of a new vicarage in 1852. When the builders went bankrupt, Dugard funded the project himself: the doorway of the ‘Old Vicarage’ on Newgate bears his family motto, a play on the French origins of his surname – “Ce que Dieu garde est bien garde” – “That which God keeps is well kept”.

Dugard’s work increasingly took a toll on his health and he retired in late 1861 to Colwall, on the west Malvern Hills. He died in 1865, aged 67. Although Dugard often felt himself a failure and often met resistance to his ideas, his dedicated vocation and ministry was of great benefit to Barnard Castle.

In 1866 Mr J. J. Bailey, a schoolmaster who had followed George Dugard to Barnard Castle from his previous parish in Manchester, arranged for a memorial cross in the Churchyard to those who died of cholera; and in 1870 parishioners funded a new window in St Mary’s, dedicated to Dugard, illustrating his concern for children’s education and his devotion – a ‘Good Samaritan’, kind and courteous to all – in serving the town during the cholera epidemic.

“Witness the plague of’49, when death

Stalk’d forth in Autumn gray to reap his shocks.

Unripe or ripe, it mattered not to him;

Then from their homes, thro’ fear fled rich and poor;

Yea those who should have stayed to nurse the sick,

Were scared or gave no help to fellow men;

But he, the pastor of the suffering flock

Feared not the grim, the all-devouring, for

At evening, morn, noon he sallied forth

Assisted by a little faithful band;

To feed, to warm, to clothe, or succor give,

To widows, babes, yea all who needed help

Through lanes and alleys where the plague was worst,

(Written by JJ Bailey, pupil-teacher for the Jubilee of Barnard Castle National Schools in Sept 1864) 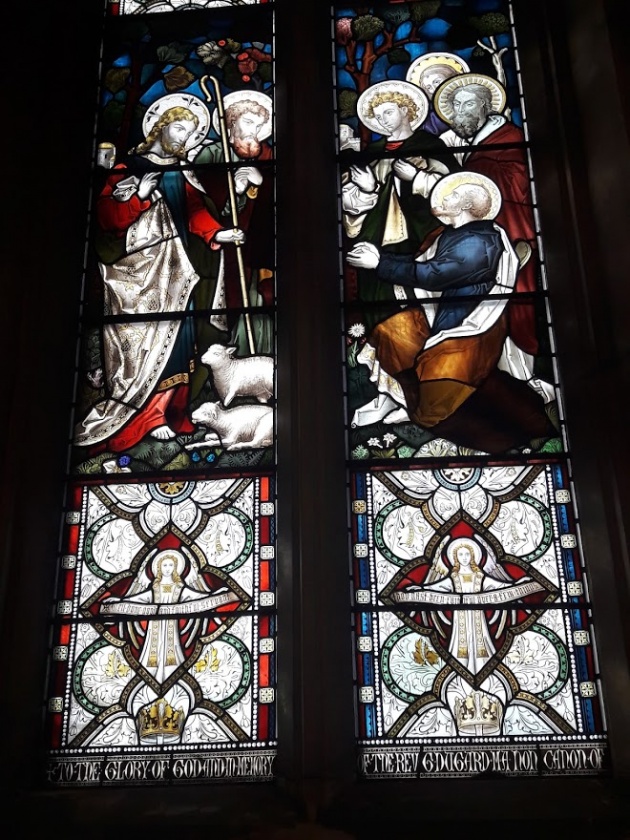 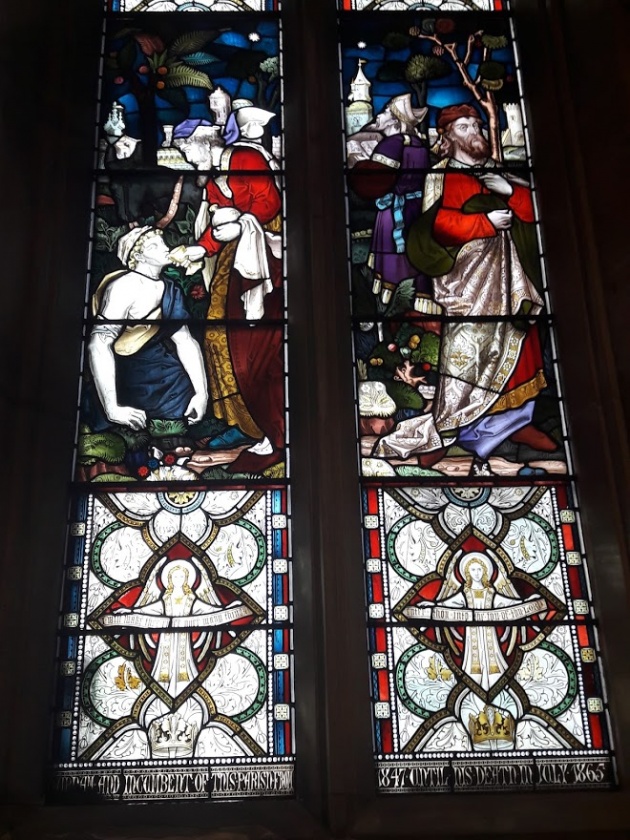