Richard Duke of Gloucester, later Richard III, definitely put his mark on St Mary's in the late 15th century. Learn more of how we plan to commemorate the 550th anniversary of his lordship of Barnard Castle in our 'Windows for the King' project.

Windows for the King appeal

When Richard Duke of Gloucester became Lord of Barnard Castle in 1474, both the castle and St Mary’s Church became of great importance to him. With his large grants of money, St Mary’s grew in size and height, flooded with light from new windows. He even placed his boar badge on St Mary’s, while the chancel arch features the only sculpted image of Richard’s face.

In fact, Barnard Castle was so important to Richard that he planned a large religious college based at St Mary’s, with a Dean, twelve chaplains and numerous choristers. Unfortunately, his untimely death at Bosworth Field in 1485, brought an end to the works. Nevertheless, his boar badge still graces the town’s coat of arms, and can be seen today at St Mary’s, as well as other important historic buildings around the town.

Richard III and the story of Barnard Castle

Barnard Castle is very proud of its association with Richard III and his white boar badge forms part of the town coat-of-arms. He was Lord of Barnard Castle for 11 years and spent a significant amount of time and money in the town in the late 1470s and early 1480s.

Richard’s boar badge can be seen on several buildings, including the castle and church – he put his mark on this town more than anywhere else in England!

In his early teens Richard undertook knightly training in the household of his cousin, Richard Neville, Earl of Warwick  and he may well have enjoyed instruction and hunting at Barnard Castle (one of Warwick’s five northern castles).

Richard became Lord of Barnard Castle in 1474, aged 21, after marrying Warwick’s daughter, Anne. A number of extensive and stylish improvements were carried out in the castle during his lordship, including a stunning oriel window, crowned with his boar badge, overlooking the river Tees. 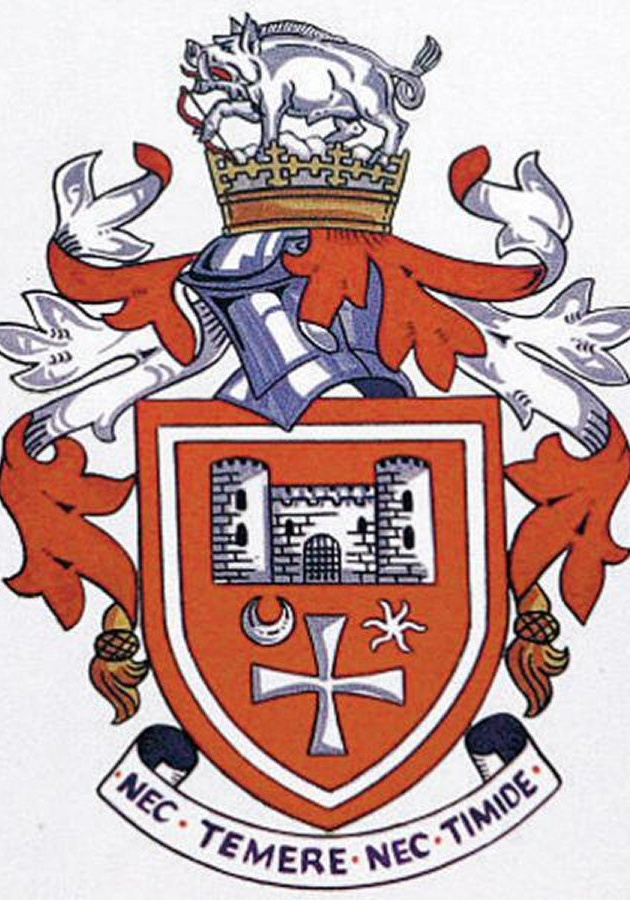 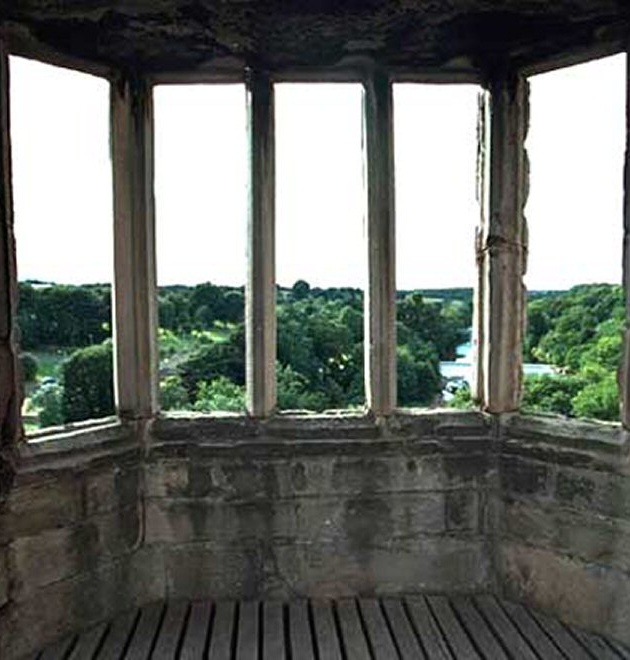 The view from the castle's Oriel window

Richard III and the story of St Mary’s Church

“Richard to the Receivor of oure lordshippe of Barnardes Castelle …  Forasmoche as we of oure grace especialle have yevene and graunted towardes the building of the Chruche of oure blissed lady within oure said lordshippe the summe of xl li.” 6th Oct 1483

By 1478 Richard had plans to create a College here, where 13 priests and 16 choristers would pray and sing masses for his family and that of his brother King Edward IV. It was to be dedicated to Christ, the Virgin Mary, St Ninian of Whithorn and St Margaret of Scotland.

As King Richard gave grants totally £134 [a possible £2.5 million today] to further work on St Mary’s in 1483-4 but his earlier generous gifts as Duke of Gloucester had already transformed the church into a focus for worship, music and prayer. The extensive alterations not only improved the building but enabled a dedicated number of priests to be resident in Barnard Castle. 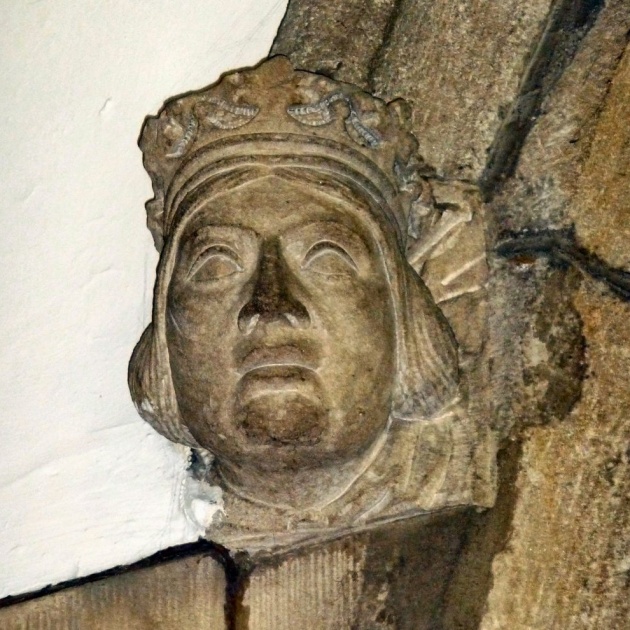 Edward in the Chancel Arch at St Mary's 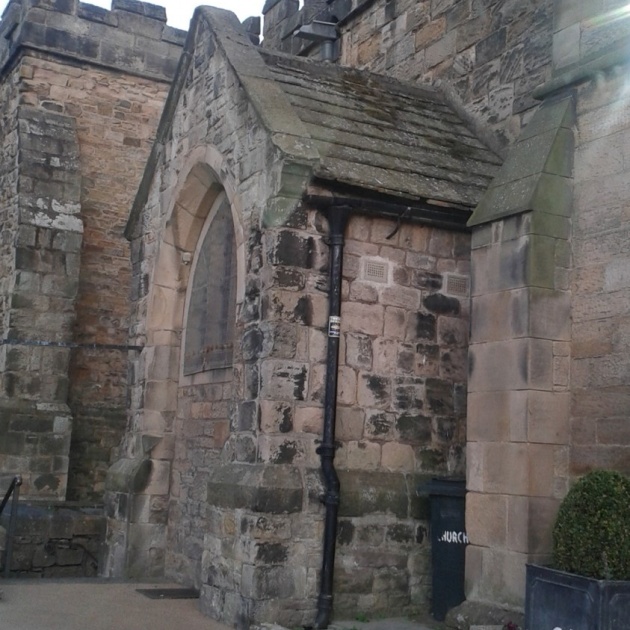 The North Porch at St Mary's 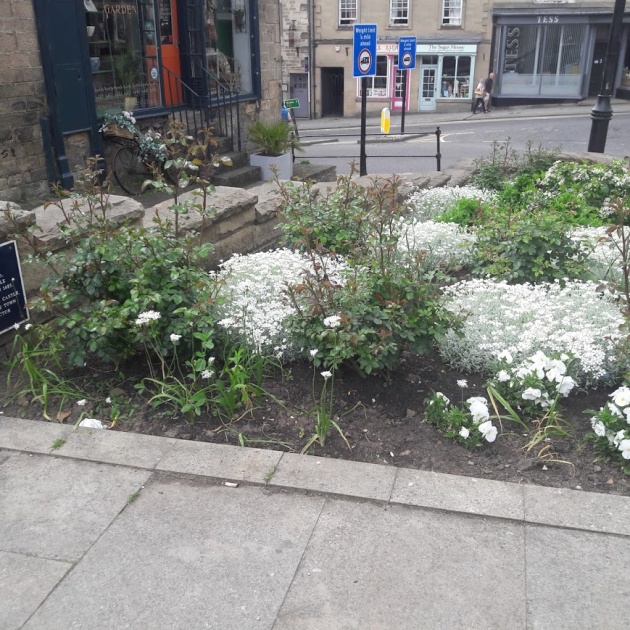 What Became of King Richard’s College

After becoming King, Richard had little time to spend in Barnard Castle, but he stayed here on his northern itinerary in May 1484; it was the last time he saw St Mary’s and the town.  Whilst it seems the physical work on his College was mostly completed, Richard’s death at Bosworth Field put an end to its full creation as a Royal Peculiar, a church bound by only the King’s authority. However, his College can still be seen today – St Mary’s, with its array of windows, aisles, archways and doorways, and noble crenellations, is almost entirely due to Richard of Gloucester’s interest and investment nearly six centuries ago!

The Northern Dales Richard III Group is a local history group involved in finding out more and promoting the many fascinating late 15th century connections in the area –   http://ndriiig.org.uk/index.php/news/ 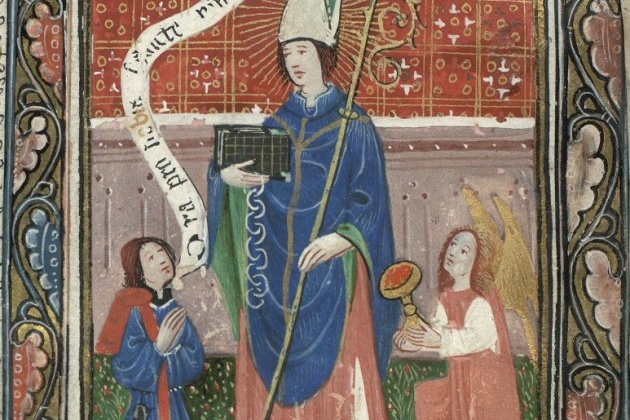 Hours of Virgin and St Ninian

Richard III was a great benefactor to St Mary's Church 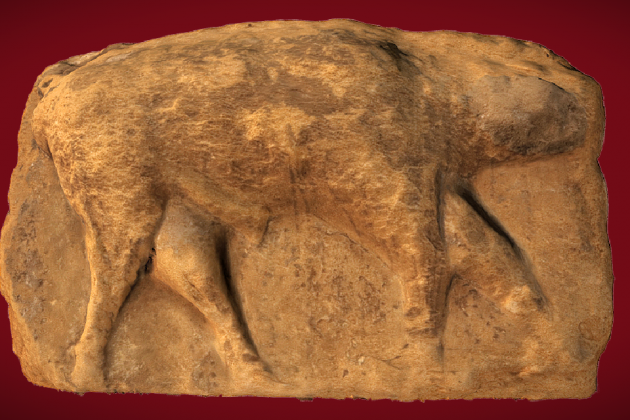 The historic market town of Barnard Castle is dotted with carved stone boars. Perched above doors, and embedded in walls, these mysterious carvings are the distinctive mark of one England's most famous kings - Richard III.