Just as medieval Prince Bishops of Durham raised fighting forces to stand against Scottish invasion, so in 1759 against the threat of French invasion in the Seven Years’ War a new Militia was established in the county and headquartered at Barnard Castle.

The new Durham Militia was formed with just 365 men, bearing muskets and halberds. It was not formed of ‘Regulars’ but was a Reserve regiment for home defence, drawn from local men, with local gentry assigned as officers. The Militia’s very first bandmaster [pictured] was a young German musician later known as Sir William Herschel, the celebrated astronomer!

The garrison barracks stood just west of the Bowes Museum, where its impressive gateway still remains. Regimental stores, billets and stables were scattered across the town, including the gunpowder stores which, under threat of fire in 1764, were swiftly moved for safety to St Mary’s north porch!

The Durham Militia was first stationed on the east coast in 1778 during the privateering attacks of John Paul Jones, and during the Napoleonic era it was deployed across England and Scotland to garrison a number of coastal towns, releasing Regular soldiers for service overseas. As well as sustaining its numbers, throughout its history the Militia also contributed hundreds of volunteers to the Regular forces. 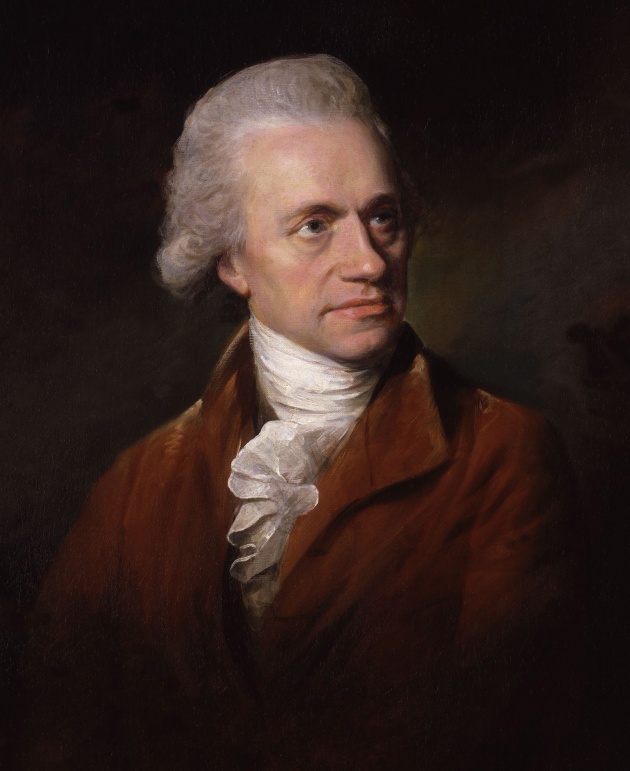 From 1832-52 the Militia did not even assemble for its usual 28 days training but in 1853 it was reformed, with an increased quota, into North and South Durham units. It became the Durham Fusiliers in 1869, and, again under threat of war, the 3rd Battalion Durham Light Infantry in 1881. Meeting only annually for training, the 3rd Battalion’s only active service was in the South African War 1899-1902.

Formally designated ‘Special Reserve’ in 1908, the Barnard Castle regiment finally became the 4th Battalion DLI and conducted garrison duty on the Durham coast during the First World War, after which they were formally disbanded in 1919.

In 1906 Barnard Castle provided an army training camp at Deerbolt for Regular forces (the new 3rd DLI) and added another five local camps, including a Battle School c. 1940 (Stainton, Barford, Humbleton, Streatlam, and Westwick). These remained in military use until the early 1970s.

The DLI’s military association with the town formally came to an end when the final Colours of the 4th Battalion DLI, formally disbanded in 1919, were laid up in St Mary’s Church in 1956.   Town war memorials are located on Galgate and in the grounds of the Bowes Museum. 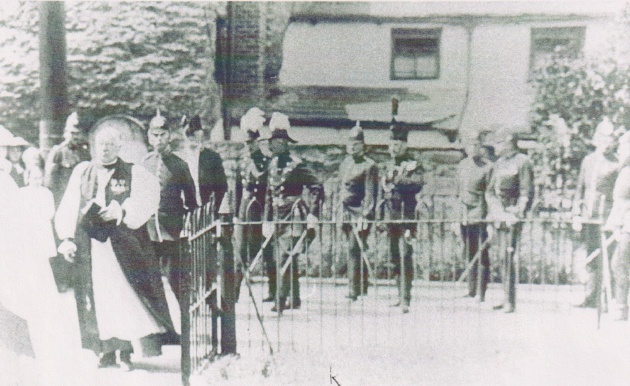 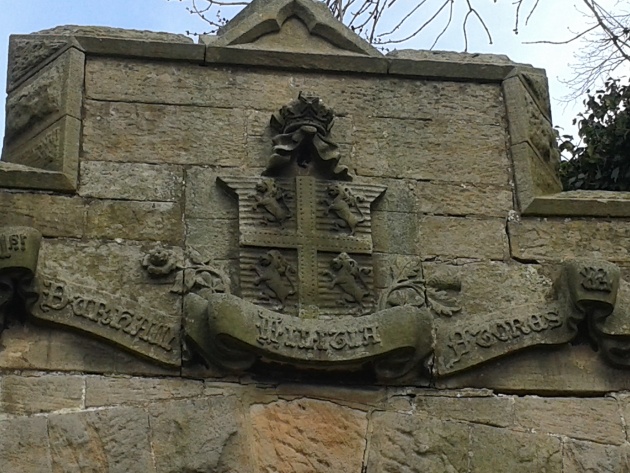 Originally carried into battle as rallying points, Colours denote allegiance, firstly to the monarch and then to the serving regiment, and so come in pairs. The Queen’s (King’s) Colour principally includes the Union Flag, and the Regimental Colour may include its insignia

These doors were dedicated in 1923. Originally forming the entrance from the tower porch into the church, their stained glass depicts Scots, Irish and English emblems alongside symbols of courage, suffering and victory, resurrection and glory. Honour boards, on the east face of the doors, denote the names of those fallen and who died of injuries immediately subsequent to the War, listed by rank, in gold lettering. 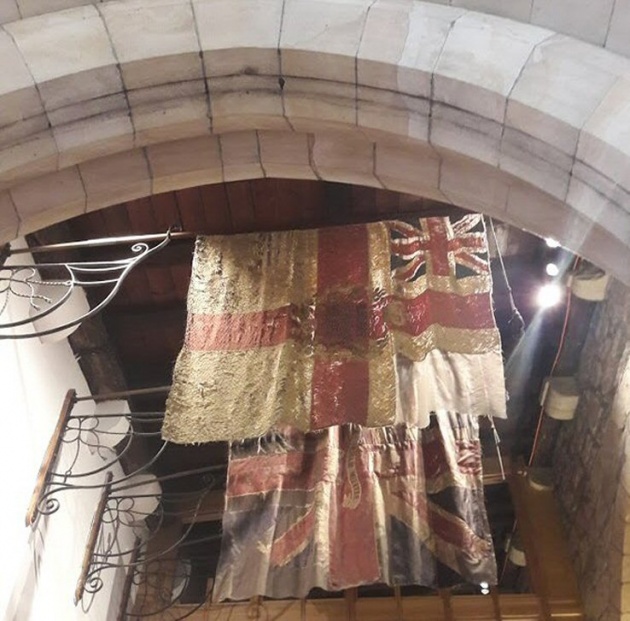 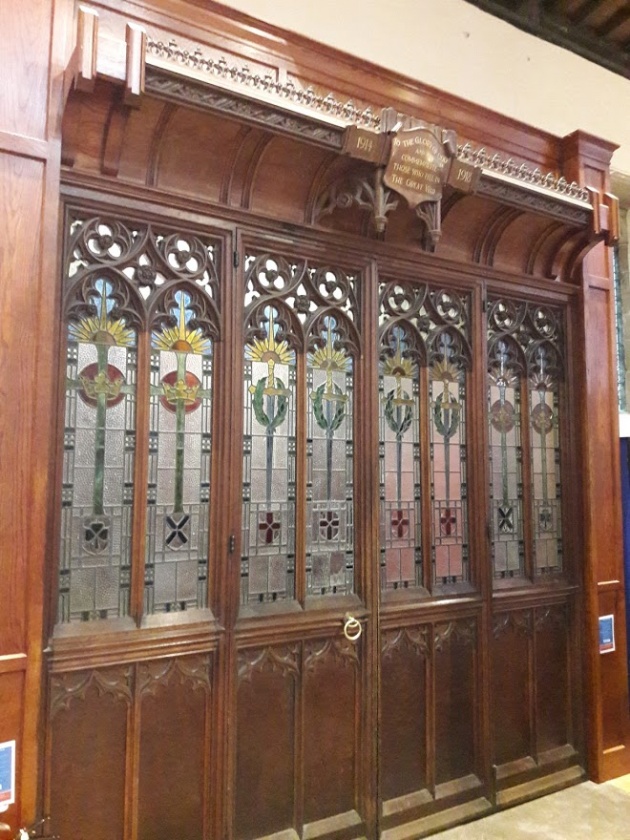