One of our few ‘Georgian’ features, this highly decorated memorial to a young man called George has moved in and out of St Mary’s over the centuries!

Close to St Mary’s South Door stands the table tomb of George Hopper, who died in 1725, aged only 23. Whilst his family home was Black Hedley near Consett in Northumberland, his father Humphrey had engaged him to live in the Barnard Castle district of Marwood to oversee family estates there.

One side of the tomb bears a once-coloured effigy of George, dressed in a tricorn hat, long blue coat, and yellow breeches, holding a red rose in one hand, and a scroll in the other.

Originally buried in the churchyard, nine years later ‘at the special request’ of the Rev. Anthony Wilton, the then curate of Barnard Castle, Hopper was reburied inside St Mary’s in a new family vault with a grand tomb at the south-west corner.

Twenty years on, in 1754, after a series of legal cases on the matter (in Durham, York, and York again!), a final church court heard the churchwardens of St Mary’s insist that the tomb had been illegally erected and was of major inconvenience – the space might surely better be used for the new town fire engine, workmen’s tools or more pews? After much deliberation, their claim was judged ‘a very trifling and vexatious suit’ and they were ordered to pay £50 costs.

The monument was eventually removed to a parallel location outside the south-west corner of the church in the 1870 re-ordering.

On its top was once inscribed “Here lyeth the Body of George ye son of Humphrey Hopper of Black Headley In Northumberland, Derwent Water, Gentleman who departed this life March the 30th Anno Domini 1725 Aged 23.”

The now-worn inscriptions on the tomb reads –

He cometh forth like a flower and is cut down’.

Be thou faithful unto death and I will give thee a crown of life.

On the opposite side of the monument is a “memento mori” skeleton, armed with a scythe and the initials of G.H., accompanied by the reminder that ‘Death cuts down all, both Great and Small’.

On the ends of the tomb are inscribed – ‘Blessed are the Dead who die in ye Lord. Know that my Redeemer liveth’ and a short verse:

When the shrill trump of God shall pierce

The Secret chambers of the Dead,

And rowse the Sleeping Universe

From out their owze, or dusty bed,

Such bright rewards will Vertue have

When waft by angels, She may Sing 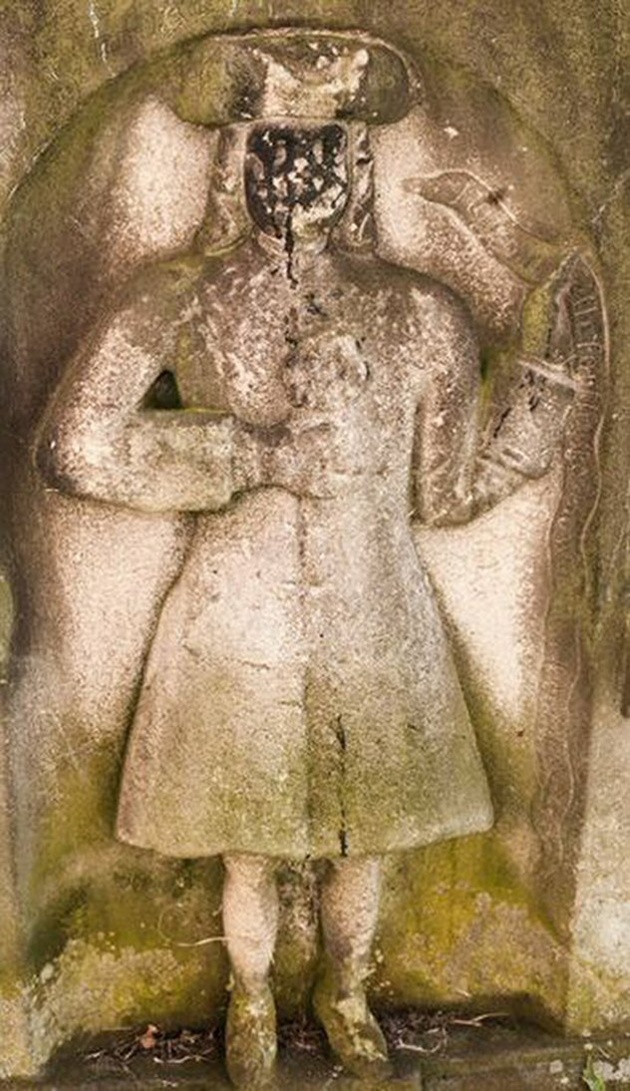 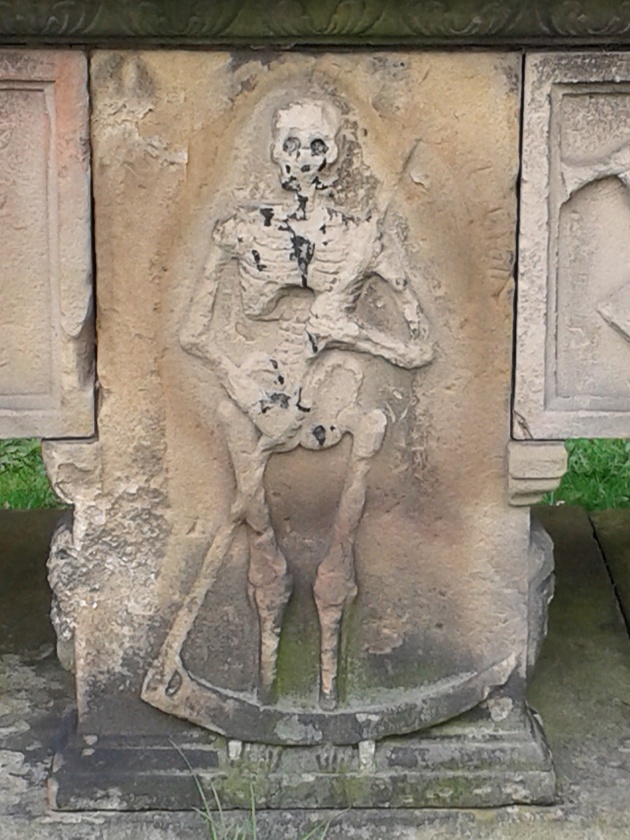