We are a voluntary group who organise fundraising events for St Mary's church. A registered charity set up in 2003, we have an open membership and are run by a committee.

What are Friends for?

What are the benefits of a membership

If you would like to become a member please contact Chairperson Di Peat: dipeat@hotmail.com or Rev Alec Harding

What we do - Fundraising

We organise fun events to raise money for St Mary's, like talks, music recitals, fashion shows, and garden parties. We also hold regular Ceilidhs and host the Castle Players’ production in the Parish Hall every year. Here are some of our highlights from past years:

January saw the return of the Castle Players who presented “The Old Curiosity Shop” and raised £603. This was the last event before all fundraising came to a halt due to the Coronavirus pandemic.

To start the year, in January the Castle Players visited once more with their production of “When we Are Married”. £511 was raised.

In March there was the much-awaited Ceilidh and supper with Blind Panic.  The evening was a huge success and raised £710

During May there was a one-man production of “I Malvolio” with Gordon Duffy.  This raised £318.

October saw the return of a Country Music night and supper with music provided by the Ridge Riders.   A massive £1037 was raised for Church funds.

In December there were Carols and nibbles hosted by the Hosey family and £350 was added to the year’s total.

The bi-annual Christmas Tree Festival in church was a huge success and supported by FOSMS.

During March there was the ever-popular Ceilidh held in the hall.  Supper was provided and all who attended had a great time.  The funds raised for the evening amounted to £511.

Building on from providing cushions for the main nave, in June 2018 FOSMS funded the provision of cushions for the side aisles, so that the whole church now looks uniform and is comfortable to sit in.  Also, a donation was made to the church in regard of disabled parking cones for the carpark.

Also in June, there was a successful garden party held at Marwood.  The day was a bit chilly, but the good food and conversation made up for that and a healthy profit of £560 was achieved.

In October FOSMS welcomed the return of the Corner Boys who provided an excellent evening’s entertainment.  Plenty of food and drink was consumed and the evening boasted a marvellous profit of £1083.

Our last event of the year, in December, was a new venture where one of the committee members offered her house as a venue for an evening of Christmas carols and mince pies.  The music for the carols was ably played by St Mary’s Director of Music, Annette Butters.  £205 was the profit from the evening and it was deemed as a success with the intention of doing it all again next year!

2016 was a busy fundraising year with 4 events.

In January we hosted the Castle Players production of Pride & Prejudice; a full house enjoyed a hugely entertaining evening and professional production.

In March we held a very popular live music event with the White Star Country Band – jeans & Stetsons were the order of the day with supper and dancing.

In conjunction with the 1940’s weekend in Barnard Castle in June, we held a 1940’s dance with 1940’s music and songs of the time performed by Jane Francis, “The Lancashire Belle”. 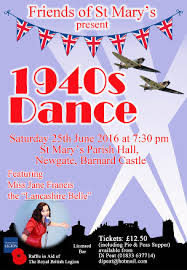 Profits went to Fosms but a raffle was held with proceeds going to The British Legion.

We rounded off the year with our annual Ceilidh in October which brought our fundraising total for 2016 to £3,990.

The money was well used with grants for stage curtains in the Parish Hall, pew cushions for the choir stalls, a 3 year service contract for the church clock, church roof repairs and a replacement sound system in church.

This year, Castle Players performed “The 39 Steps – Reclimbed”. The Parish Hall is a popular venue, and with a large attendance we raised £853.

In March we repeated our Wine Tasting evening, testing our knowledge of wines and their country of origin.  This was a very popular night becoming very competitive with the eventual winners receiving a bottle of wine!!

October saw the return of Blind Panic to play at our Ceilidh.  They have come every year since our first Ceilidh in 2007 introducing many children and adults to Ceilidh dancing.

At the Christmas Tree festival in December we hosted the first night preview evening for this popular biannual event when the church is filled with beautifully decorated trees for visitors to admire.

Our grant this year for nearly £4,000, was to provide pew cushions for the main body of the church making it a more comfortable and welcoming space. 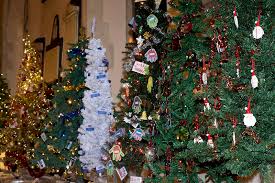 This year we hosted The Castle Players production in January, held a Ceilidh in April and a Wine Tasting and Supper in November.  The Wine tasting raised over £700 and we were very lucky to be nominated as a chosen charity, for matched funding from Barclays Bank. 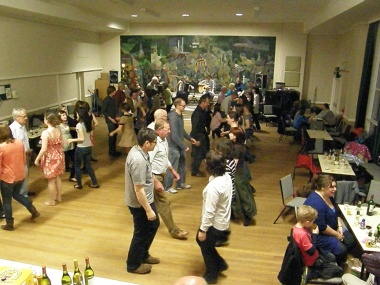 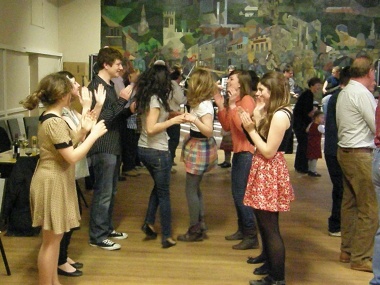 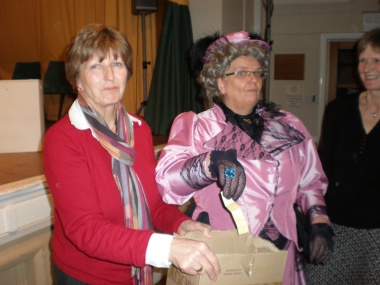 Castle Players production of The Importance of Being Earnest

Grants awarded this year were £2000 for Church lighting and £700 towards the refurbishment of the Parish Hall.  £900 was released to the Development Appeal.

Our AGM featured the presentation of the first completed banner and was well attended by children & families from the school and parishioners.  Everyone agreed it looked wonderful and was a great project. 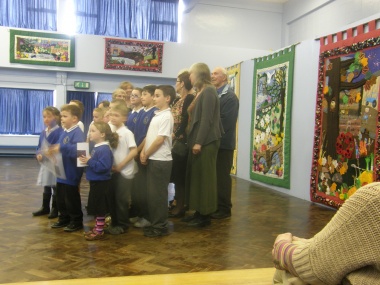 Fund Raising in 2010 included a Casino Night, Ceilidh, 60’s/70’s Night and a Book Sale in conjunction with The Richardson Hospital in which we split the proceeds.  This year we raised just over £2000.

Our AGM featured an explanatory talk about the newly installed Labryinth followed by a short service.

Grants were given for a heated trolley for the Parish Hall, Folding Chairs & Stand for extra seating in Church, a new carpet for the Vestry, a Nativity Book, & dolly trolleys to move the pews.

A discussion at a Fosms meeting regarding finding something to hang on the wall in St. Margaret’s Chapel led to the idea of making a banner.  This led to a wonderful project with Green Lane School and a group of parishioners, “the silver threads”, who went in to the school on most Thursday afternoons.  They taught the children many different skills such as knitting, rug making, embroidery and applique to make the four large banners for church and four to be hung in the school.  The banners represent the church seasons.

A grant of £1000 was made this year to start the project. 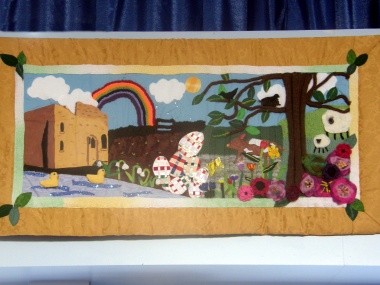 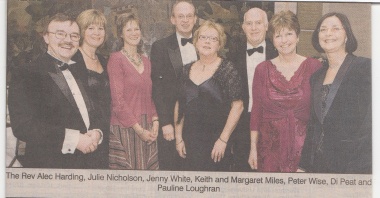 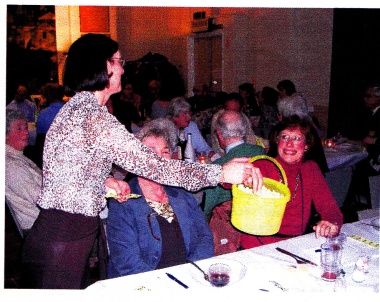 Regular Ceilidhs are held and enjoyed by all ages. 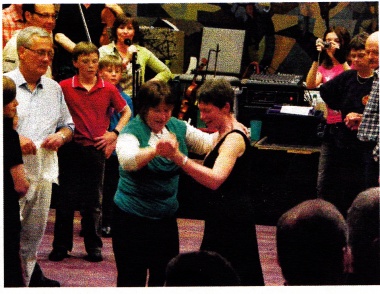 The church launched a development appeal for £500,000 to install a new digital organ, the labyrinth, renew heating and lighting and create the servery.  FOSMS helped in funding all these projects. 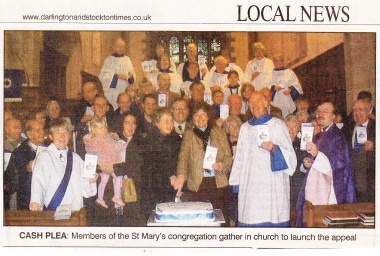 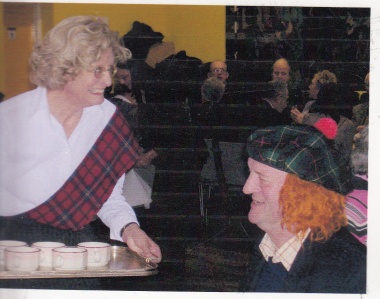 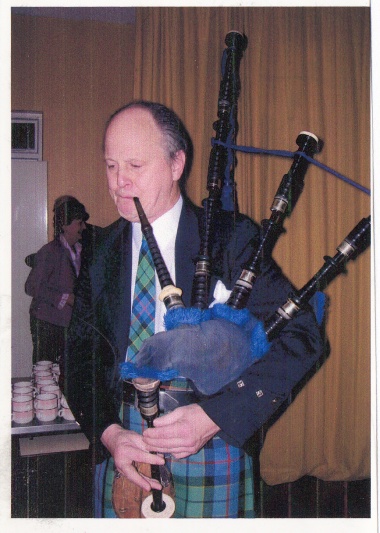 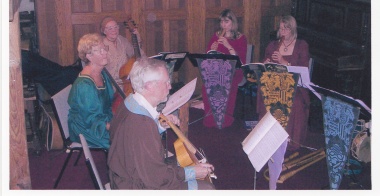 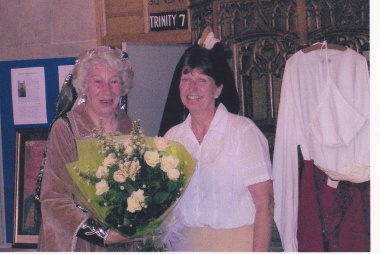 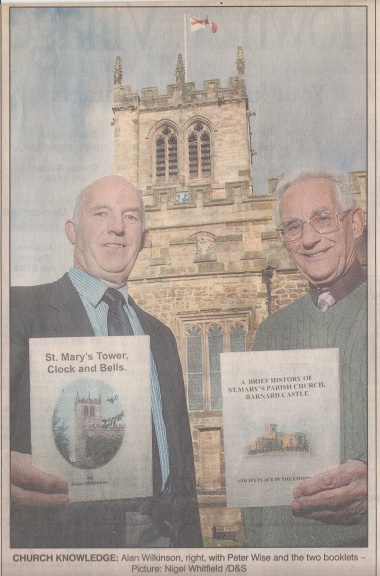 Repairs to the church clock and tower 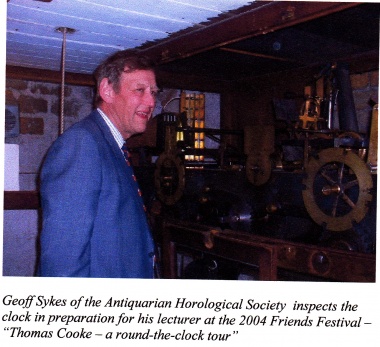 Unveiling of the Puttock mural at the inaugural Festival of Friends 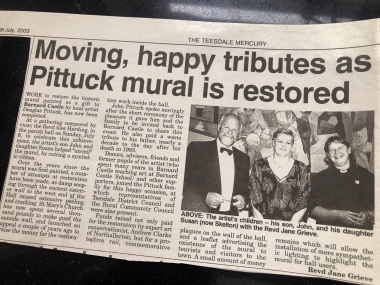 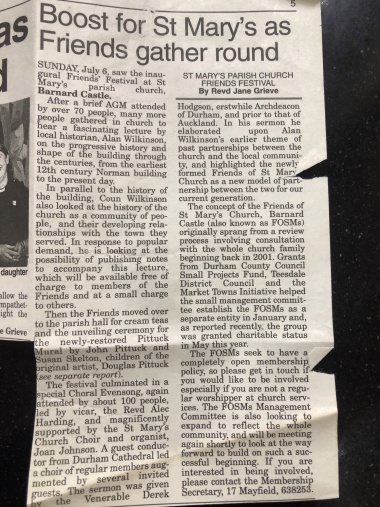 Where the funds go

Over the years, we have either paid for, or contributed to many, many projects around the church and parish hall 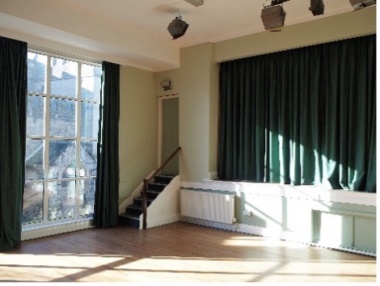 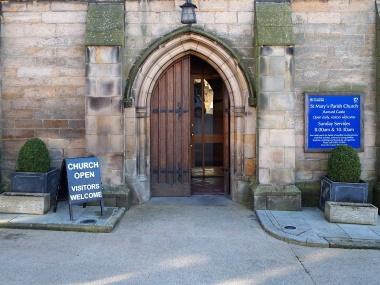 Some examples of projects in the church supported by the Friends of St Mary’s: 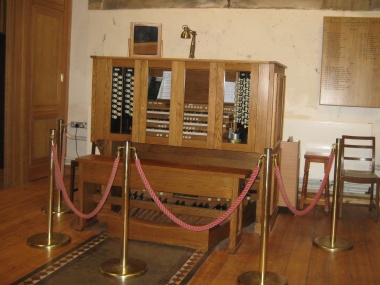 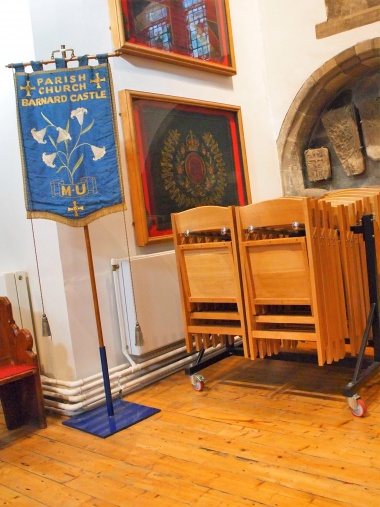 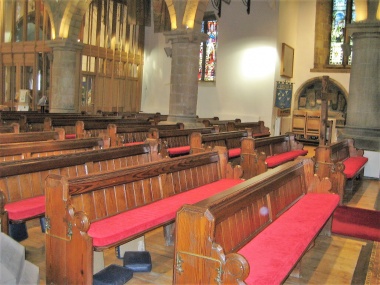 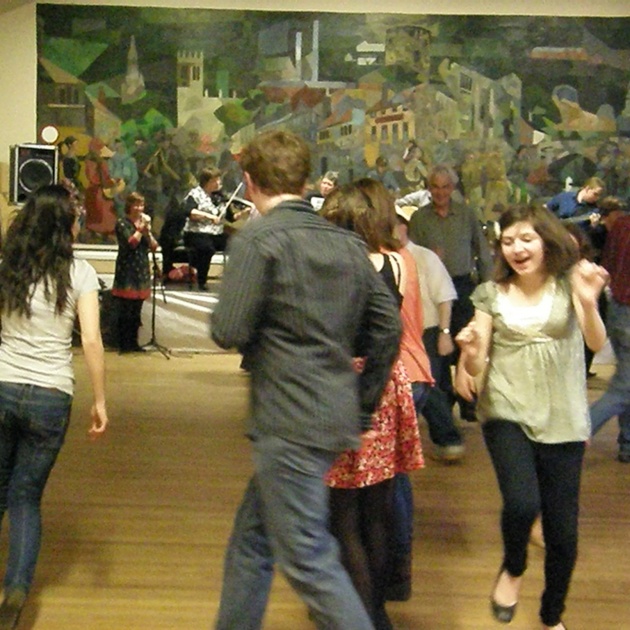 Dance the night away 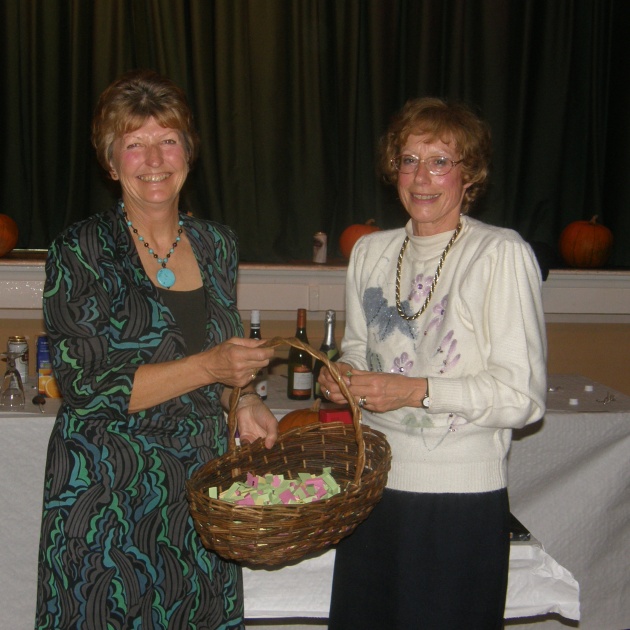 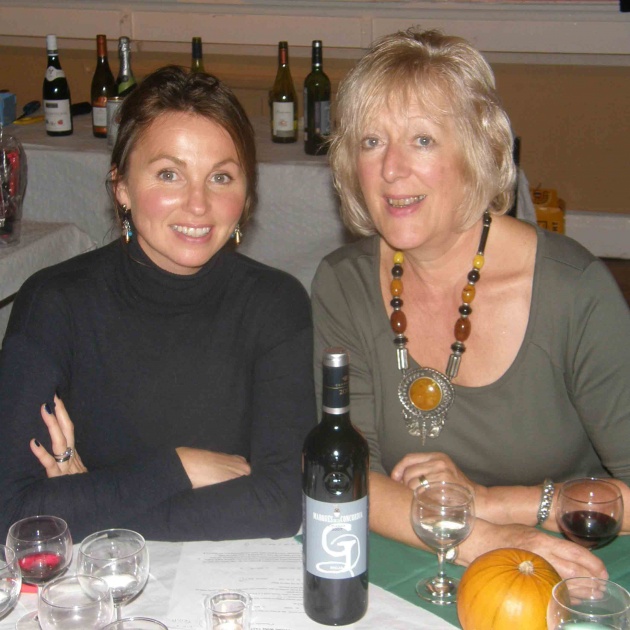