Safely located in St Mary’s north transept is an ancient canopied effigy of a bishop with his shepherd’s staff and bible. Who is he and why are there two boars standing attention at his side?

St Anthony was a 3rd century bishop and saint who spent time as a hermit in the Egyptian desert. His symbol was a pig, possibly representing the Deadly Sin of gluttony which he had overcome. In another legend the boar resisted the Devil’s bidding and defended St Anthony, so it may signify his spiritual purity and resistance of temptation.

The Pope gave the monastic order of St Anthony permission to raise swine to aid their funds – the youngest pig of a litter was often donated to the charity and allowed to roam the streets, fed by all, with a bell around its neck. (It would later provide food and tallow for the Order and their hospital patients!)

The earliest recorded location for our St Anthony and his boars is in a niche on the corner of Newgate (now the Amen Corner garden). From fear of damage it was moved to a churchwarden’s outbuildings in the 19th century before finding a final home in St Mary’s in 1913.

There are various ideas as to where it may have come from. Early town historians suggest it was possibly intended as decoration for the walls or doorway of a monastic house or chapelry. Three popular theories for its origins are:

Richard III’s personal badge was a white boar, and St Anthony was one of his favoured saints. Whilst no documents exist to prove the College came into existence, this effigy may suggest building work that stopped at Richard’s death. 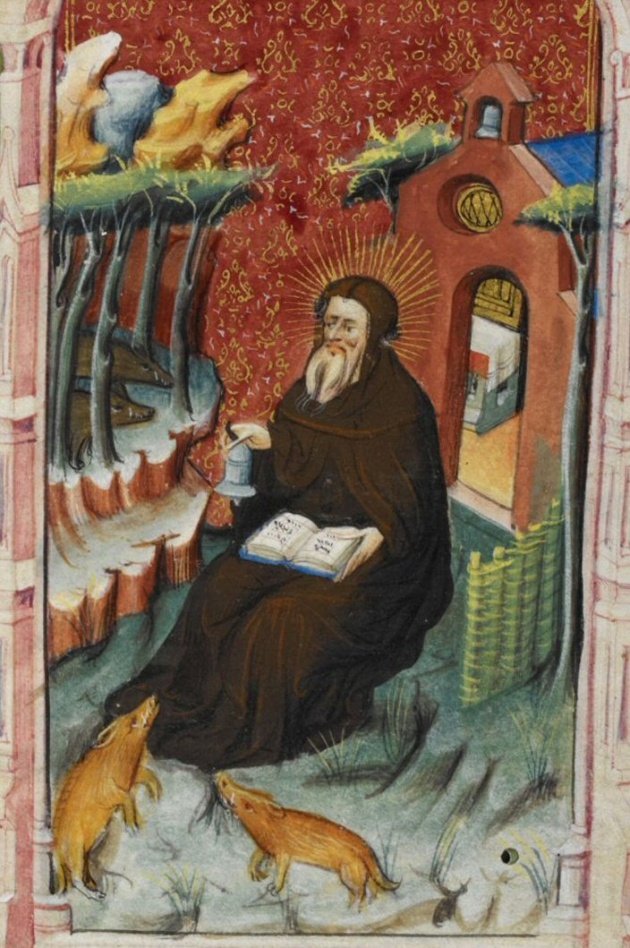 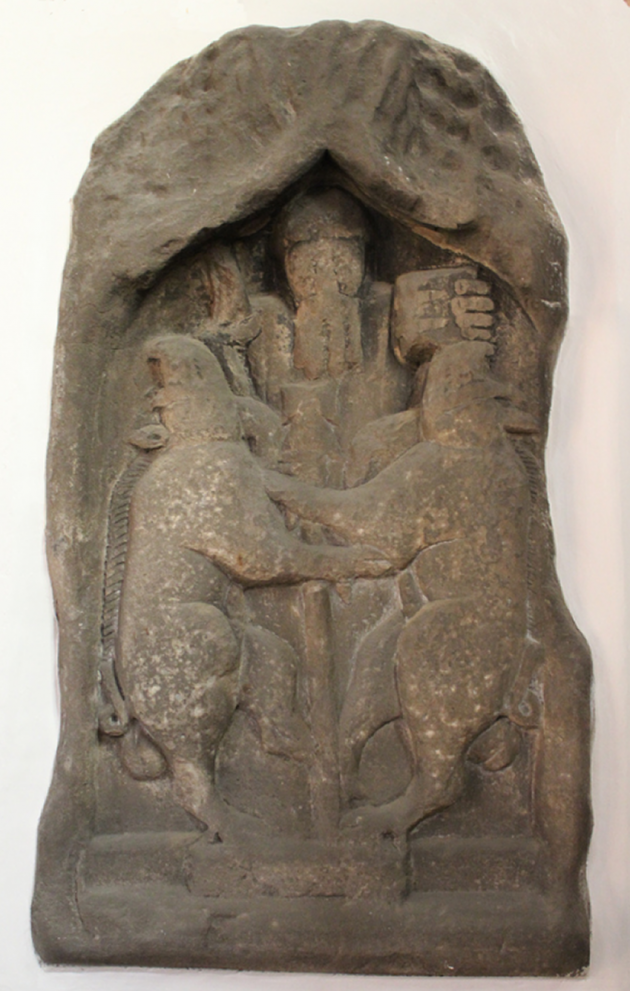