Denoting the “way in” to Christian belonging, the font is traditionally situated by the door of a church. However, in St Mary’s Church the font has moved around rather a lot!

St Mary’s immense octagonal font has baptised many of the townspeople of Barnard Castle since the late 15th century but it wasn’t always sited in the north transept. Following church tradition it was located close to the church’s principal doorway until the mid-20th century –

The font is made is of black ‘Tees marble’ (local limestone) sourced from the river close to Egglestone Abbey just a mile away. On four sides are shields bearing the initials ‘A’, ‘E’. ‘M’ and ‘T’, alternating with a possible merchant’s or guild mark, also found lower down.

In the 18th century Durham historian Surtees wrote of a (now lost) octagonal stone base once spotted in a garden off Barnard Castle Market Place, engraved with the possible date of 1490 and name of Michael Tomson. Perhaps the initials ‘M’ and ‘T’ on St Mary’s font mean Tomson was the donor?

Does the ‘E’ and ‘A’ refer to Robert Ellerton, Abbot of Egglestone Abbey at that time, who were owners of the marble quarry? A similar but smaller font at Holy Trinity Startforth (½ mile south) is possibly dated to 1484 by the initials R.E. (for ‘Robert Ellerton’), and also the initials K.R.

Barnard Castle had a single ‘business’ guild for all trades, the ‘Guild of the Trinity’, whose subscriptions funded a chantry in St Mary’s in the North Transept. Perhaps the curious symbol was their mark?

The “reverse-4” on the merchant/guild mark could also be a medieval form of the Greek symbol ☧ (indicating the words ‘Christus Rex’ – Christ the King).

Can you solve the puzzle of our mysterious guild mark? 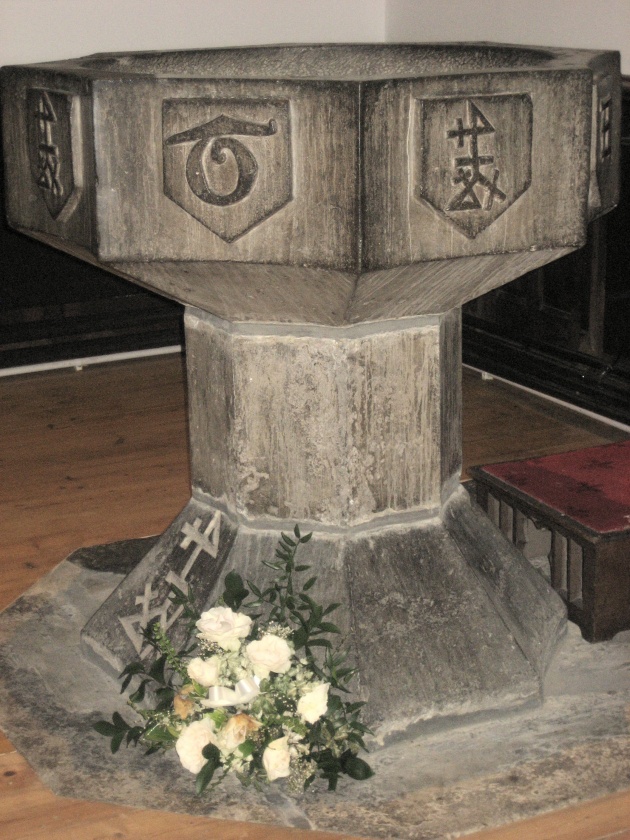 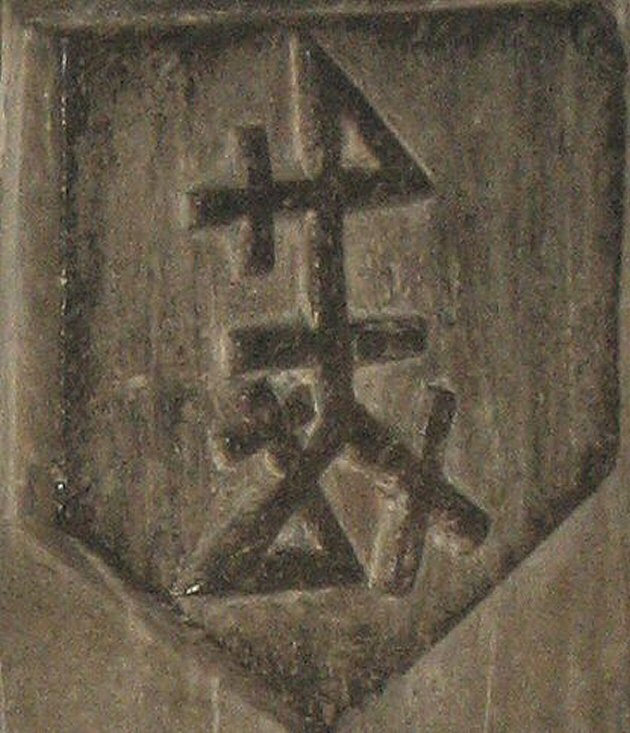