The tiny doorway to nowhere!

High up on the left above the chancel arch is a curious small doorway. Where did it lead and what was it for? And what other lofty additions to St Mary's once gave a birds-eye view of worship?

From its foundation, as the only stone-built building available to parishioners, St Mary’s was a ‘multi-purpose’ building! Whilst daily and weekly worship was conducted in the chancel by the clergy, the parishioners’ space was the nave, which may have been used for a wide range of community gatherings, including even plays.

A richly decorated wooden ‘rood-screen’ would have symbolically divided the most sacred areas from the more secular nave, and the deep steps between the two accentuated this.  Whilst the rood screen’s doors would be locked except during services, to protect the altar and consecrated communion elements from abuse, its latticed upper half ensured the people could still see the bread and wine lifted up by the priest at the High Altar.

From St Mary’s chancel “inclosed with gates and stalls” the priest would descend three (now five) deep steps to distribute communion to the people. St Mary’s rood-screen probably vanished at the Reformation but in the late 19th century a temporary ironwork screen was installed, supplanted by a carved wooden screen in 1912, finally removed in 1957. Its woodwork was partly re-used in the creation of St Margaret’s Chapel. 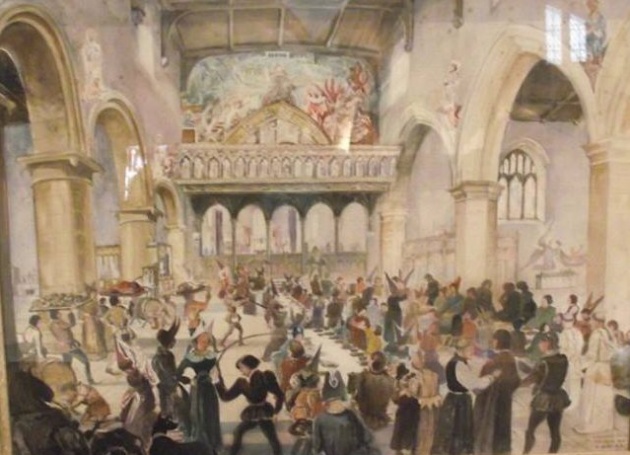 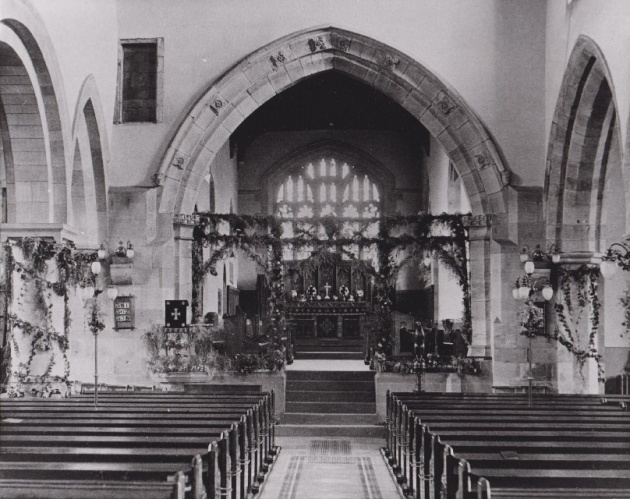 So, what is a ‘rood’ anyway? Rood is the Saxon word for the Cross: churches would display a life-sized crucifix either a) hanging from the chancel arch b) fixed to the top of the ‘rood-screen’ or c) resting on a separate “rood-loft” across the chancel archway.

Where there was a rood loft installed above the screen, the cross would often have supporting statues, normally Jesus’s mother Mary and St John, the “beloved disciple”, with space for candles on either side. This gallery or walkway could also support singers or musicians or a priest reading the Easter gospel. During Lent the cross was veiled and then revealed at Palm Sunday as the story of Holy Week was read aloud.

In St Mary’s we have rare evidence of our own ‘rood-loft’: above and to the left of the chancel arch is the now-blocked doorway which gave access to the rood-loft. It even has a medieval grave cover decorated with a sword as its lintel. At the Victorian renovations the architect found stonework evidence of the rood loft stair which led up to this long-vanished gallery: it seems to have been installed alongside the decorated chancel arch during the Lordship of Richard Duke of Gloucester, c. 1480, as part of the works to make St Mary’s a Collegiate Church. 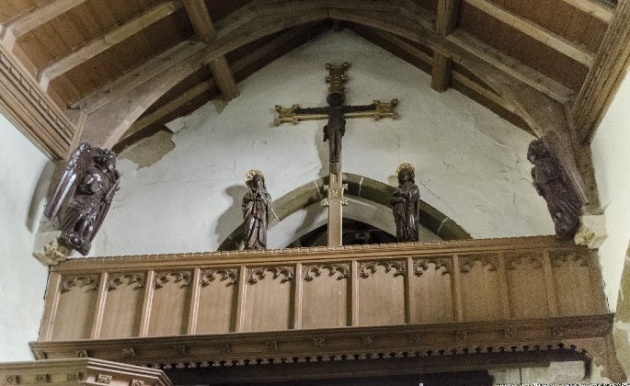 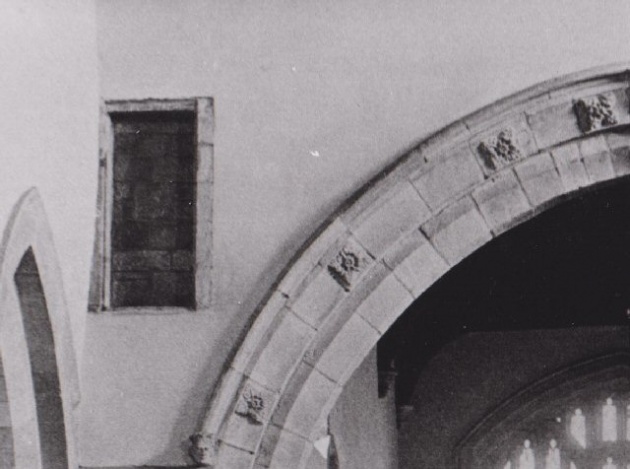 As Barney grew across the centuries, a Georgian innovation arrived in 1719 to take over nearly three-fifths of the nave: a West gallery with pews for dozens more parishioners (and the pew rents they paid!) By the end of the century St Mary’s was in a dire state, “wretchedly stalled…slovenly and offensive”, and the Bishop of Durham refused to visit until it was set right!

A new North gallery was set up with ten pews, extending over the north transept, and enabling St Mary’s to seat a possible 900 people. Parishioners could gain access to the ‘upstairs’ via a stone staircase outside the north transept: ancient medieval windows had to make way for this extra addition.

By 1822 St Mary’s was urgently looking to install its new barrel organ and so yet another gallery was proposed for it, in the South transept, but this time sanity and the powers of local aristocracy prevailed when the Countess of Strathmore from nearby Streatlam Castle refused permission for her south-transept pew to be overshadowed by yet another gallery.

One contributor to the local newspaper wrote of St Mary’s in 1868 – “The galleries quite spoil the look of the fine old edifice. Whenever I am under them, especially on a night, when the gas is lighted, I have a kind of ‘hot-house’ feeling, which is very uncomfortable and makes me quite dizzy sometimes….”

In the 1869 restoration it was decided that both galleries should be removed, restoring light and space to St Mary’s. 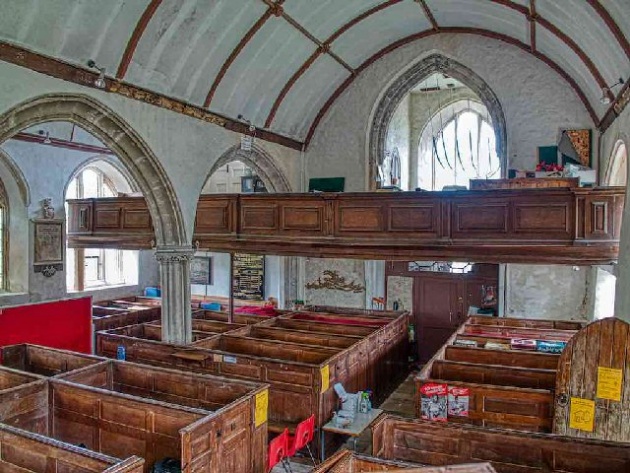 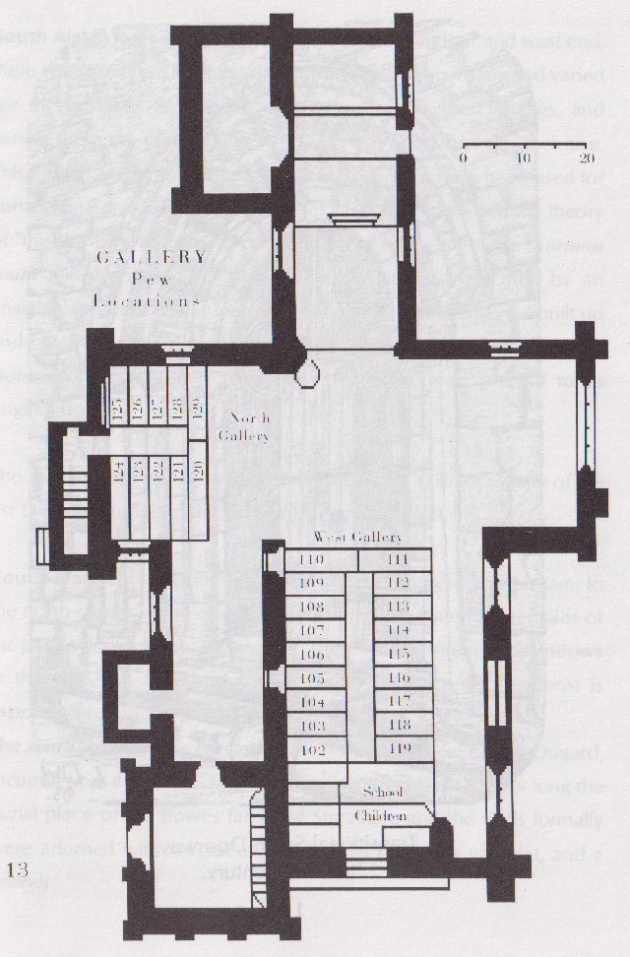